The qualification of CLAT gives the candidate an entry ticket to 22 most prominent National Law Universities based in different cities and states of India. They are as follows - [Names of the Universities Covered under CLAT-UG, with their brochures and website address]:-

These National Law Universities at the UG level provides the 5 year integrated law course in the form of B.A. LLB., B.B.A. LLB., etc for the candidates to choose based on their rank in the CLAT.

CLAT-UG entrance exam is the key to the door that unlocks plethora of opportunities in the legal field and the varied paths on which a law graduate can shape his/her career. From becoming an advocate, to a Judicial Officer or a Corporate Lawyer all these career options are available after completion of LL.B. from a reputed college such as NLUs. The vision to achieve and carve a niche in the legal fraternity begins after getting due section in CLAT-UG exam which is tremendously intricate and hard to achieve.

Every year approximately 60,000 candidates compete for almost 2500-2600 seats in different National Law Universities. Therefore, the success ratio is even less than 5%. The candidates with ironclad determination and indomitable will to work hard are able to get an entry to such cherished NLUs. Apart from these qualities, specialized guidance also plays a key role in getting the candidates selected for the NLUs through CLAT-UG exam. PLA brings the best of the bunch of teachers from all fields such as English Language, Legal Reasoning, GK, Current Affairs, logical reasoning and quantitative aptitude also provides the aspiring students with the best materials and test series for CLAT-UG.

Pahuja Law Academy (PLA) prepares the students for the ultimate CLAT-UG test for National Law Universities. PLA not only provides excellent methods and meticulous guidance for CLAT-UG preparation but also provides professional supervision and proficient mentoring for your legal career ahead.

Qualification : The candidates in order to apply for CLAT-UG needs to have completed/passed their 10+2 or equivalent examination with the following minimum marks:

Age : There is no specified upper age limit for applying for CLAT-UG Exam.

OTHER LAW COLLEGES OR UNIVERSITIES THAT ACCEPTS THE CLAT SCORE/RANK:

Apart from the abovementioned 22 NLUs, there are many other law colleges and universities that accepts the score/rank which a candidate score in CLAT-UG exam. The following is the list of such colleges:–

We at Pahuja Law Academy (PLA) provide you with the essentially elaborative course structure for CLAT-UG Coaching and teach the following subjects as per the UPDATED PATTERN from 2020. CLAT-UG is conducted in offline method and the number of objective-type MCQs are 150 and plus one (+1) for every correct answer and minus point twenty five (-.25) for every incorrect answers. No mark will be awarded or deducted for a question which is left unanswered.

It comprises of Passages of about 450 words each and 5 Questions each. These passages will be derived from contemporary or historically significant fiction and non-fiction writing. The candidates will be tested for the following type of questions in this section:

The Current Affairs and GK Section comprise of Passages of about 450 words each and 5 Questions each. These passages are culled out from daily news, journalistic sources and other non-fiction writings. The main focus of this Section is on:

The Legal Reasoning Section comprises of Passages of about 450 words each and 5 Questions each. The passages may relate to fact situations or scenarios involving legal matters, public policy questions or moral philosophical enquiries. The candidates will have to do the following under this section:

The Logical Reasoning Section comprises a series of short passages of about 300 words each. Each passage will be followed by one or more questions that will require the candidates to do the following:

The questions will require the candidates to: Pahuja Law Academy conducts specialized and distinctive classes for all the subjects/sections and the lectures are rendered by Dedicated Faculty members for each subject.

All the aspirants can get CLAT LL.B Live online and offline classes at your convenience. Our online lecturers are easy to access in any mobile phone or tablet till the duration of 12 months. We provide specific doubt clearing sessions to clear all doubts till selection and hard copy of study material for the ease of the aspirants. Here is the timing for the batch given beneath.

The timings for both the batches in all sections are as follows: 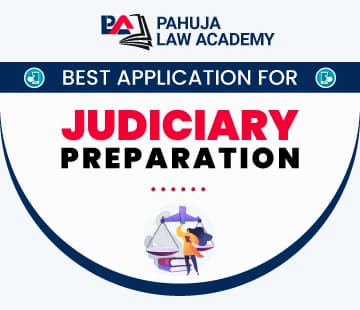 The Pahuja Law Academy App for Judiciary and CLAT was released on both Google Play Store for Android and App Store for Apple IOS. We launched our App on 6th April, 2020 and have 5000+ downloads till today. 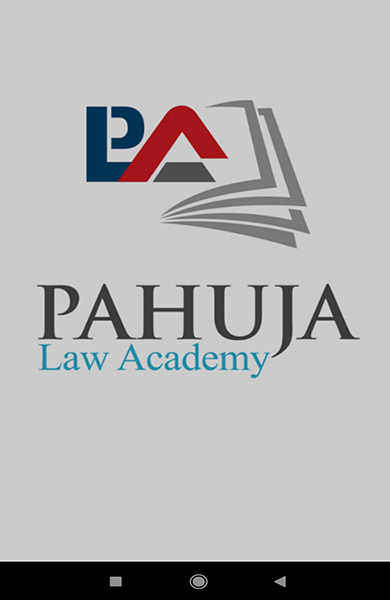 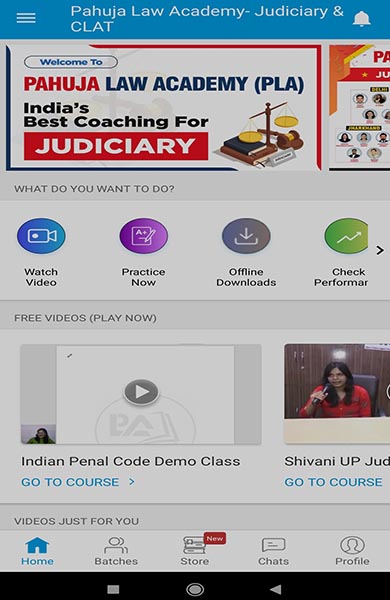 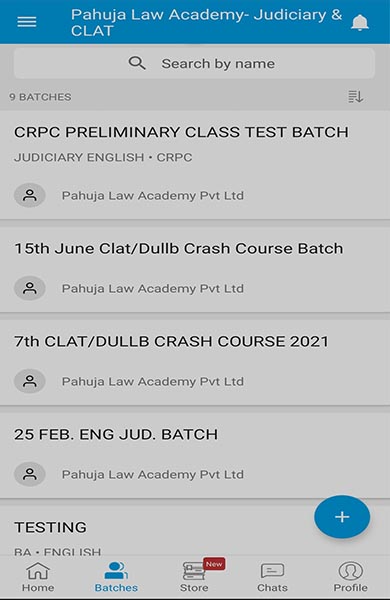 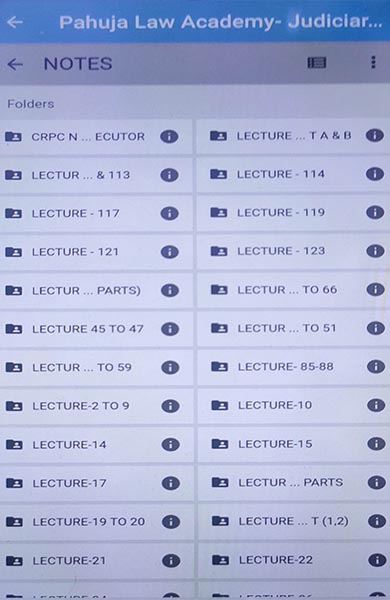 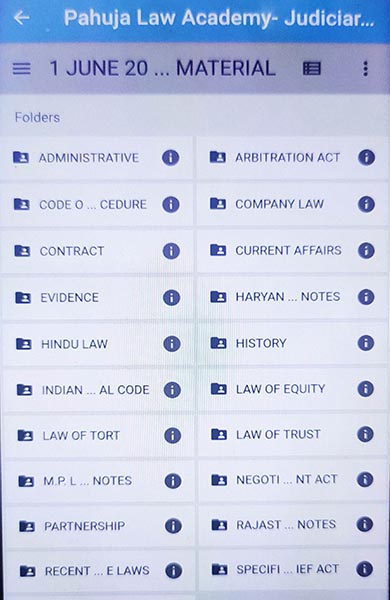 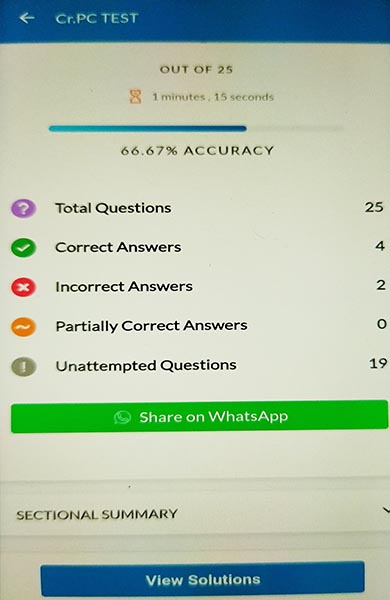 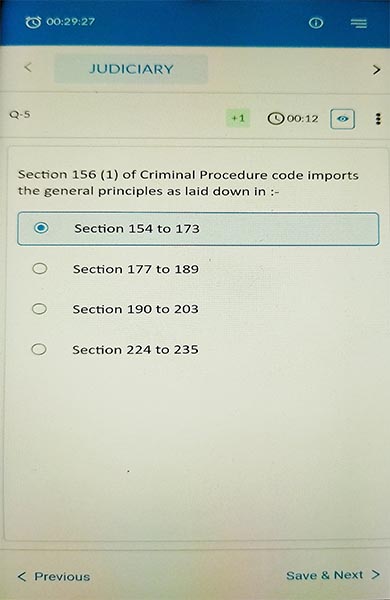 The course of CLAT-UG Coaching is conducted in following batches i.e.

A) 24 Months Foundational Course for Class X or XI Students:

B) 12 Months Foundational Course for Class XI or XII Students:

The timings for all the batches in all sections are as follows: ** All the above mentioned time schedules have multiple batches running under them.

We give you a live demo of two subjects taught by different teachers and also an interactive session vis-à-vis the features and facilities provided by our Academy. Free Demo and Interaction Class for CLAT-UG coaching is provided on every Saturday at 11AM till 1 PM.. 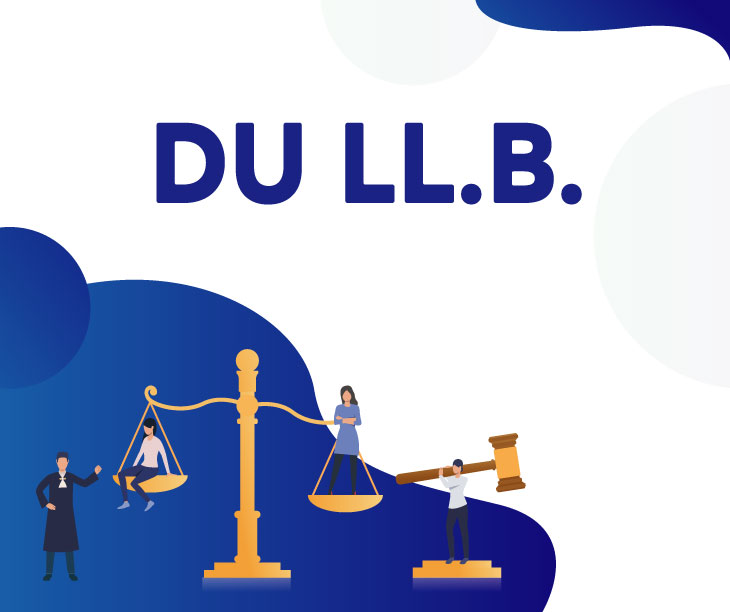 FREE DEMO CLASS ON EVERY SATURDAY

Pahuja Law Academy (PLA) comes up with very creative methods of studying the requisite subjects for CLAT-UG, thus making it an uncomplicated affair. PLA experienced and specialized faculty members for each and every subject for giving a subject-wise better approach to its CLAT-UG students. The teachers at PLA not only educate the students regarding the subjects but also coach them and provide counseling for their careers ahead in the ever-empowering field of law.

Pahuja Law Academy is predominantly a judicial coaching institute with a reputed name for itself and thereby provides the students with the best faculty which it gives to the judiciary students. PLA’s recipe for success lies in disciplined training, elaborative classes/lectures and extensive test series for the CLAT-UG candidates.

The following features of Pahuja Law Academy will further the same point:

Our Methodology of coaching our CLAT-UG students begins by giving BULLET NOTES (which are available both Online and Offline modes) to our candidates. These lecture notes consist of the lecture in form of bullet points which the students will be taking in the class.

The advantage of bullet notes is that the CLAT-UG students are well equipped with the class material before the lecture and the time which could have been wasted in writing down notes is saved in understanding the lecture. And also, the students can utilize the time thus saved in interacting with the faculty member and clearing their doubts. Thereby, providing our CLAT-UG students with the most conducive environment for cracking the test.

We give a compilation of such topic-wise notes in hard copy to all our CLAT-UG students which are also available on their online portal provided by Pahuja Law Academy.

Pahuja Law Academy is the first CLAT-UG Institute to extensively use digital technologies in their teaching techniques. Apart from the study material and bullet notes which are already present in the online portal. We at PLA, also provide our CLAT-UG students with ONLINE TEST SERIES (First In India) which are divided in subject-wise tabs.

The benefits of Online Test Series are multifarious:-

Pahuja Law Academy has been the first to make the most of digital technologies in our core curriculum for training our CLAT-UG students.