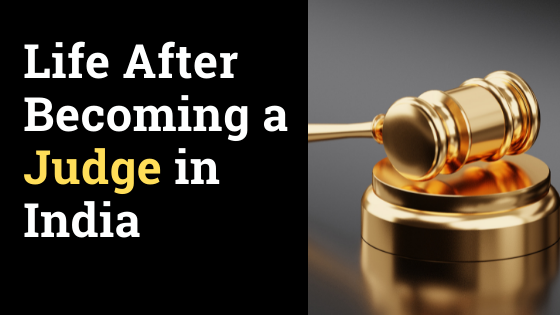 Life after becoming a judge in India

If you wishing to be a Judge, then you have to know the duties, responsibilities, lifestyle, perquisites & allowances etc. of a judge. Additionally, a Judge of any court is conjectured to be honourable, impartial and of high stature. Here, Pahuja Law Academy gives you the complete knowledge about the ‘Life after becoming a judge in India’.

Duties & Responsibilities of a Judge

In India, a Judge is known as the 'Custodian of Constitution which is someone who's in a place of jurisdiction in courtroom proceedings and take the chair over the court trial and hearing in order to emerge with a decision and have to stay neutral to give a correct verdict. Often, it says that a Judge does all his work in the courtroom. Although, it is not true. Judges also take charge of certain responsibilities outside the courtroom. Their duty is to resolve the issue case decisions and opinions, research regulations & laws, take care of the work of other court staff such as law clerks, discuss cases and encourage settlement with lawyers, bring into being procedures and court rules. Attend marriage ceremonies to issue a marriage license/certificate.

Types of Roles as a Judge:

Lets’ have check out the various different job roles or profiles as a Judge:

Here are some Top Recruiting Agencies for Judge:

All states and districts require Judges for Session courts, District courts and High courts. Further, the Supreme Court of India also provides a chance to professional, experienced and skilful judges. Here are some top recruiting agencies are mentioned underneath which offer the great opportunities to a judicial to aspirants.

Pros & cons of becoming a Judge:

On the one hand, the biggest edge of being a Judge is that you gain respect & honor and stature in the public eye. Judge gets a package of handsome salary and other advantages. On the other hand, the profile of Judge can be very stressful and that has to be precise with the observations and details. He/she has to keep unbiased.